We Are Saving The Bees! Organic, All Natural, and Good For The Earth!

We are a fast growing customer-centred online company, where we pride ourselves in our comprehensive policies that have put us above and beyond our competitors.

Shop with us today and receive a Special Discount: save 5% now and up to 10% when you schedule repeat deliveries.

Nothing bets the exquisite taste of traditionally made food, carefully crafted with the finest ingredients and done with the utmost love and care.

As we believe and promote cruelty free products, 10% of all profits will go towards helping stray animals.

We are so confident in our product, we will pay for a retest if you have doubts, and give 100% of your money back if the results differ.

Traditional Hand Made Organic Honey for All!

Smart people are choosing organic products, and for a very good reason. By using organic, we not only support the world as a whole, but we also actually give our bodies the benefits that nature intended it to get. This is true not just for foods that enter our body, but also for the air we breathe and water we drink!

Did you know the acacia honey is super versatile and we have lots of exciting honey infused products that we’ll be bringing to you soon. I (who grew up in a traditional beekeeping family) will be getting back into the kitchen, dusting off some of her old honey based recipes and get in front of the camera so that you can recreate them at home.

Our family have upheld the traditional art of beekeeping though four generations and have more than 80 years' experience. Our great granfather farmed around 40 beehives whe he set up our first apiary, now we have upwards of 200! Our beekeeping farm is based in a small village in the south eastern part of Romania. During the summer we move the beehives to the Carpathian Mountains, at the foot of a picturesque acacia hill, when the flowers just start to bloom. That way, the bees enjoy ample harvest throughout most of the year and stay strong and healthy.

We spend our time caring for our bees and in return they provide us with bee-pollen which we believe is perfectly balanced and one of the most complex super-foods we can possibly have.

Anyone can read our ingredients without the use of a dictionary.

Each of our products are handmade in Romania.

Our Holistic beekeepers treat their bees with the greatest care and attention.

We offer a 30 day 100% Money Back Guarantee on all purchases!

Acacia honey is mild in taste so won't overpower other flavours if you add it to your food and drinks for extra sweeteness. This is a very versatile honey and favourite ingredient in beverages. Acacia honey stays liquid longer than other types of honey. Crystallisation is a natural process of the honey  and it does not affect the quality. 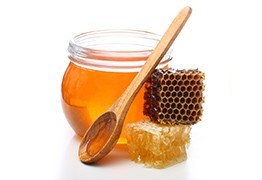 Boosts immune system and vitality, packed full of vitamins, minerals, enzymes, amino acids, proteins and antioxidants. All of which are perfectly balanced by nature for high absorption into the body to improve your well-being. Organic honey is very hydratating for your skin and is also an antibiotic.  It also stimulates collagen helping to stimulate skin cell regeneration.

Our pure bee honey is plant based and gathered by bees from happy colonies. We harvest ethically and consciously, and all our bee products come from beehives our family have been nuturing for four generations. 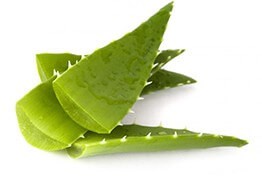 Our acacia bee honey is unprocessed and does not contain any artificial ingredients or preservatives. The beehives are placed in remote natural areas - deep within forests or across large open landscapes. 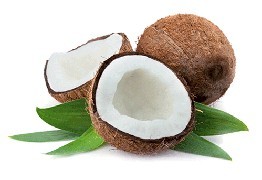 During lockdown, many people started seriously considering ways to boost their immune systems, to help against the coronavirus. Honey is one of the best natural immunity boosters. The biologically active substances in acacia honey has a positive effect on our health. Content on our website should not be substituted against advice given by medical practitioners, pharmacists or other licensed healthcare professionals. This website is not intended to be used to diagnose, treat, cure or prevent any disease or health conditions. You should always read the labels, warnings, and instructions provided with the product before using or consuming it.

HURRY, YOUR OFFER ENDS IN:

“Exquisite! This is the best ever honey, I ever tasted. Highly recommended. Andreea’s father is the 3rd generation of beehives producer.”

“Best! Best! Best! one of the best honey i ever consumed. Even if you dont know the texture of honey, you can figure out easily its quality.”

“I have never been a big consumer of honey, but Andreea's honey completly changed my mind. It's absolutely delicious! Everything else is secondary.”

“The honey is not only delicious but taking a teaspoon when feeling nauseous helped quell the nausea and give an energy boost. Highly recommended.”

Shop with us today and feel the difference!

How do i know this honey is the real deal?

In a time when consumers are becoming more aware and placing importance on the quality and origins of the food they shop for, knowing where the food has been produced. Especially during these times when we shop for food, many of us are becoming more aware, and placing more importance, on the provenance of the things we eat and drink. Knowing where our food has been produced, farmed or grown, who by and what it contains is high on the shopping list for an increasing number of us as we feed ourselves and our families.

But sadly, with this want for openness from food producers and manufacturers, comes dishonesty. As unscrupulous food brands look to make a quick buck from consumers wanting pure, whole foods, adulteration and food scandals are rife. The honey industry is no exception.

With news of major supermarket honey containing cheap sugar syrups, tricking shoppers into buying a product that isn’t what it says on the label, we should all be wary. Our own honey expert has previously said that he’s shocked by the number of times he’s seen honey where more than half of the product consists of cheap, high glucose honey that’s been imported from China.

He’s even more shocked by the fact this doesn’t even need to be declared on the label. And this is the problem with the range of honeys that are now available to us. Cheaper supermarket honey that comes in plastic squeezy bottles might seem like a bargain. But when all it is, is a cheap imitation of the wonderful, natural substance that is pure honey, consumers are being wrongfully sold an inferior product. High quality, active healing honey such as our acacia honeys and sunflower honeys are bona fide, pure, unpasteurised honeys.

We proudly and clearly display where our honeys originate from. We also include our independent lab reports of the authenticity and TA (Total Activity, a measure of the antimicrobial activity of a honey) rating. That’s how our customers are confident in the fact our honeys truly are the real deal. The origin of the honey, or the “floral type” is also a good measure of the purity of a honey. If this is proudly displayed on the packaging, then its more than likely a pure honey.

So look for honey that is labelled as monofloral, meaning it’s been produced by bees foraging on one type of tree blossom. Otherwise, it’s probably a blended honey, from mixed floral types and even countries. It could also even be mixed with cheap sugar syrups.

We know that our honeys are more expensive than those you can buy in the supermarket, but they’re more expensive for a reason. Honey is a natural product, made in small quantities by hardworking bees foraging for nectar. It isn’t supposed to be a cheap, mass produced product with questionable provenance. Opt for honey like ours, and you’ll be getting a quality, healing product, worthy of your hard earned money.

FREE WORLDWIDE SHIPPING FOR ORDERS OVER $ 100